Opoponax  - Commiphora (erythraea or kataf) also known as sweet myrrh is a cousin of the healing Myrrh—Commiphora Myrrha—but with a warm-balsamic and sweet, honey-like aroma. It is a natural oleo-gum-resin like myrrh and frankincense.

This is a new batch of  Opopanax,  of good quality and scent...It needs a really hot climate to grow well and with a rich fragrance, ours is from Kenya.

Opopanax is thought to be an incense of protection, its smoke creating an aura or shield of protection against misfortune. It is also thought by some cultures increase intuition and awareness.

This price is for 2 oz. of rough nuggets

African opopanax is the resin of Commiphora kataf 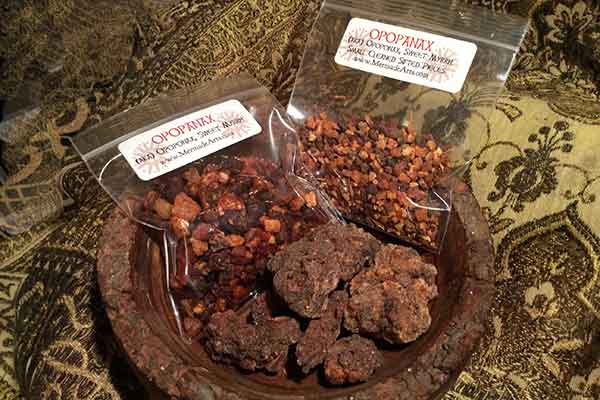