What is it, those times in the garden and forest that seem to connect me back….wayback.

Is this ancestral blood and bone memory, is it the plants opening a gate into spirally time, or is it something I am meant to feel but should not question the why? It’s high summer and I am out early standing on the top of the hill where my rose bushes grow.  The fragrance of roses fills the warming air and washes any cares away. The hedge is alive with pollinators feeding off the flowers.  Birds sing at the forest edge and chase the insects.  Patterning the slope are my round, raised beds edged in rocks containing flowers and other fragrant plants.  The spaces between the raised beds are filled with sinuously shaped vines, wildflowers with leaves in the shape of paisleys all woven with grasses.  As the morning sun comes up behind the treetops of the mountain, the incline lights up with color and looks like a magic carpet ready to take off.  The roses call to me and I turn to pick their petals always leaving one petal attached to Her center as a pollinator landing pad. Between the rich fragrance, the colors filling the air, the bird song and the warmth of the Sun.  I am transported by the nature djinns into a fugue state. 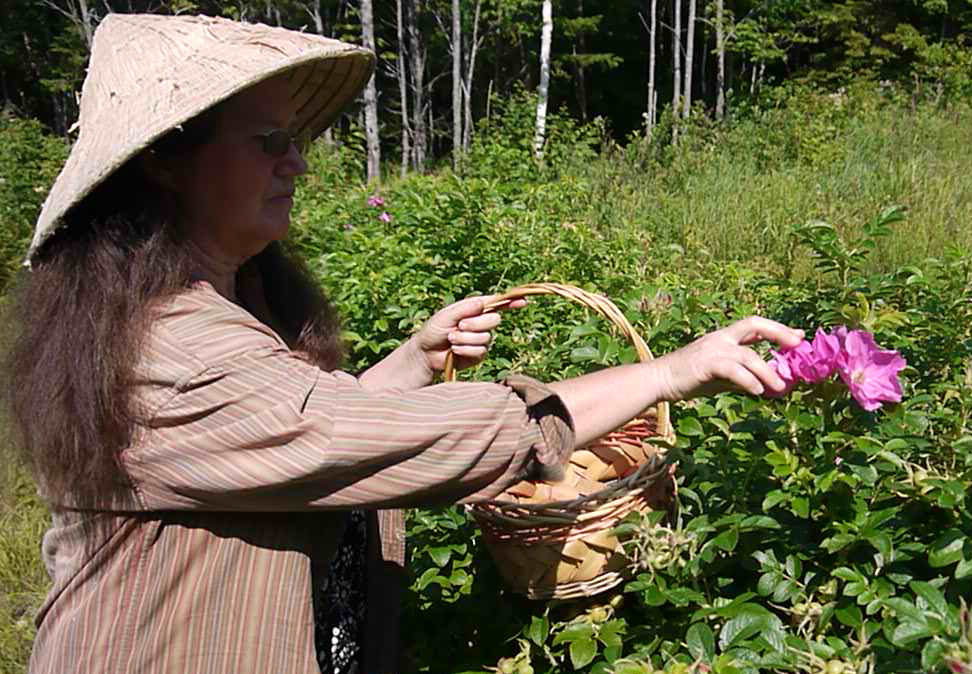 Long ago when the Zoroastrians still worshipped the rising Sun on the mountain tops, Rose was with them, hardy enough for mountain tops.  Roses are one of the most appreciated plants around the world.  No matter where they are found, Roses are associated with love and spirituality.  Her petals made into rosaries to calm an anxious soul while praying.  Later, when these early, Persian Zoroastrians became sedentary, they brought Rose into their walled gardens called “pari-daizi”, mingled her comforting scent with incense on their garden altars, as they worshipped the sun in the form of a living flame.  The fragrance of roses and sacred resins is a scent-scapes across time and cultures.  Later, the garden and Rose were woven into portable pari-daizi in which to worship, better known as Persian carpets.  One of these carpets mesmerized me as a child and turned me into a lifelong lover of paisleys and is intimately linked with the fragrance of roses for me. 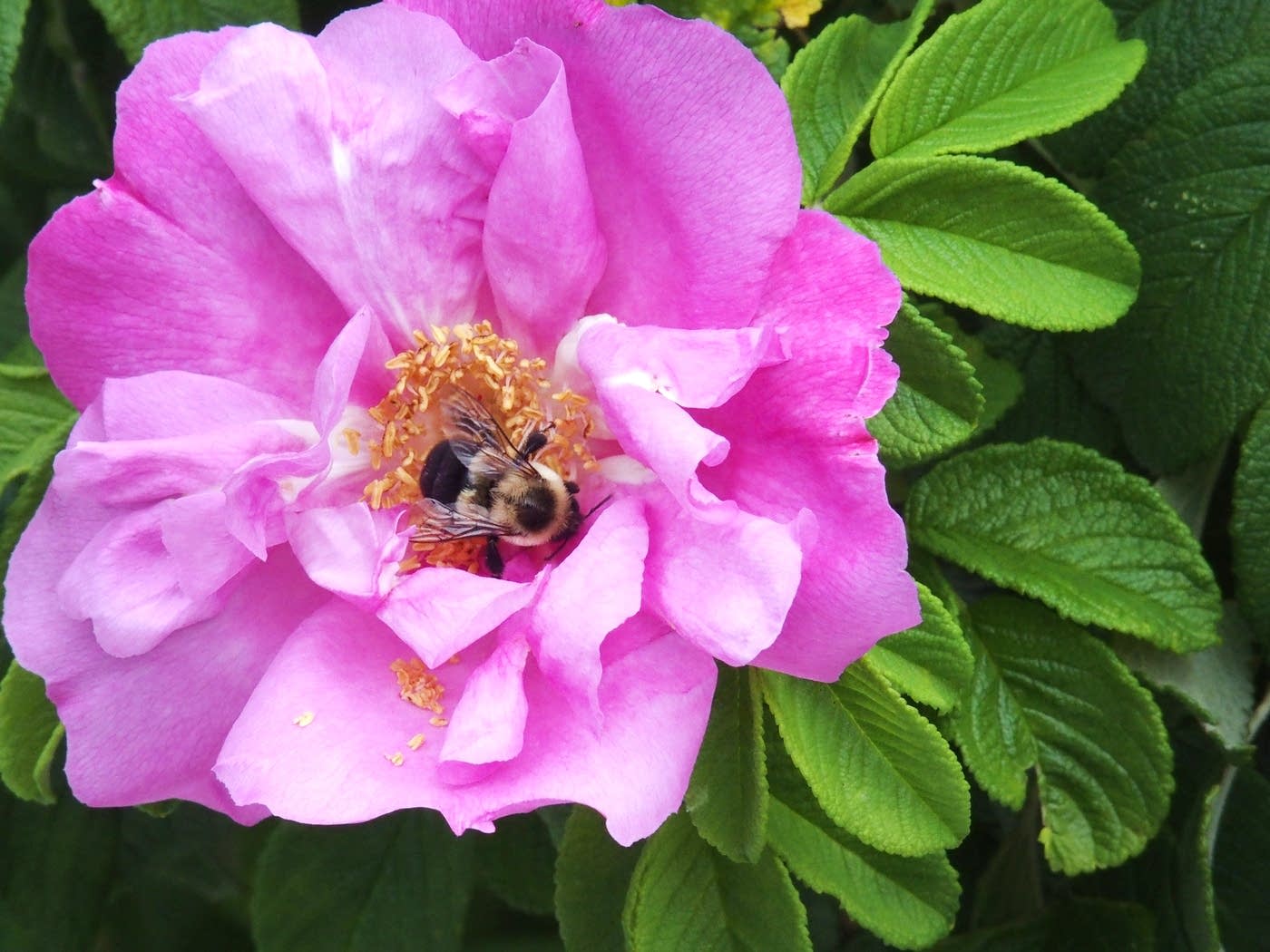 While Roses soothing fragrance is transporting there is another reason why Roses have become so intimately woven into a relationship with the world.  Something her ancient admirers would have been keenly aware of. Rose is a gifter of food.  The sweet and floral taste of rose petals is exquisite whether fermented in honey, candied with sugar or distilled into rose water.  Just as important are her fruits or rose hips.  Tart and tangy, ounce for ounce, they are the best source of vitamin C.  They contain more than any other fruit or vegetable and they persist on the plants long after other food sources are gone for those in need during times of scarcity.

I had a lesson in the value of her hips last year.  Every Fall after a few nippy and frosty nights, I go in the morning to the top of the hill and gather rose hips.  At the time of year, Roses joyful fragrance is gone and replaced by the deteriorating and crisp scents of autumn.  But usually, her bushes are full, the bright and cheerful, scarlet-red hips standing out against the dark, frost touched leaves.  But last fall, there were almost none.  I took a closer look saw the remains.  Bits of hips and seed spread about on the ground nibbled and plucked by beak and small teeth. The hips had been picked by the birds and little animals who usually leave them alone.  But this year had been particularly bad for the small fruits of the forest.  Drought had caused many trees and plants to drop their blossoms so there were no fruits.  But strong and loving Rose had provided. As the morning sun rose above the trees and hit bushes, small puffs of steam, like the smoke from a censer, rose off the leaves.  The light illuminated some scarlet color of some hips glowing deep in the bushes waiting for me….Para-daizi. 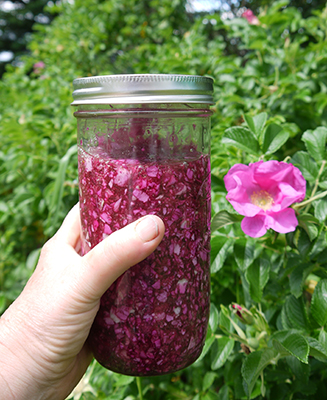 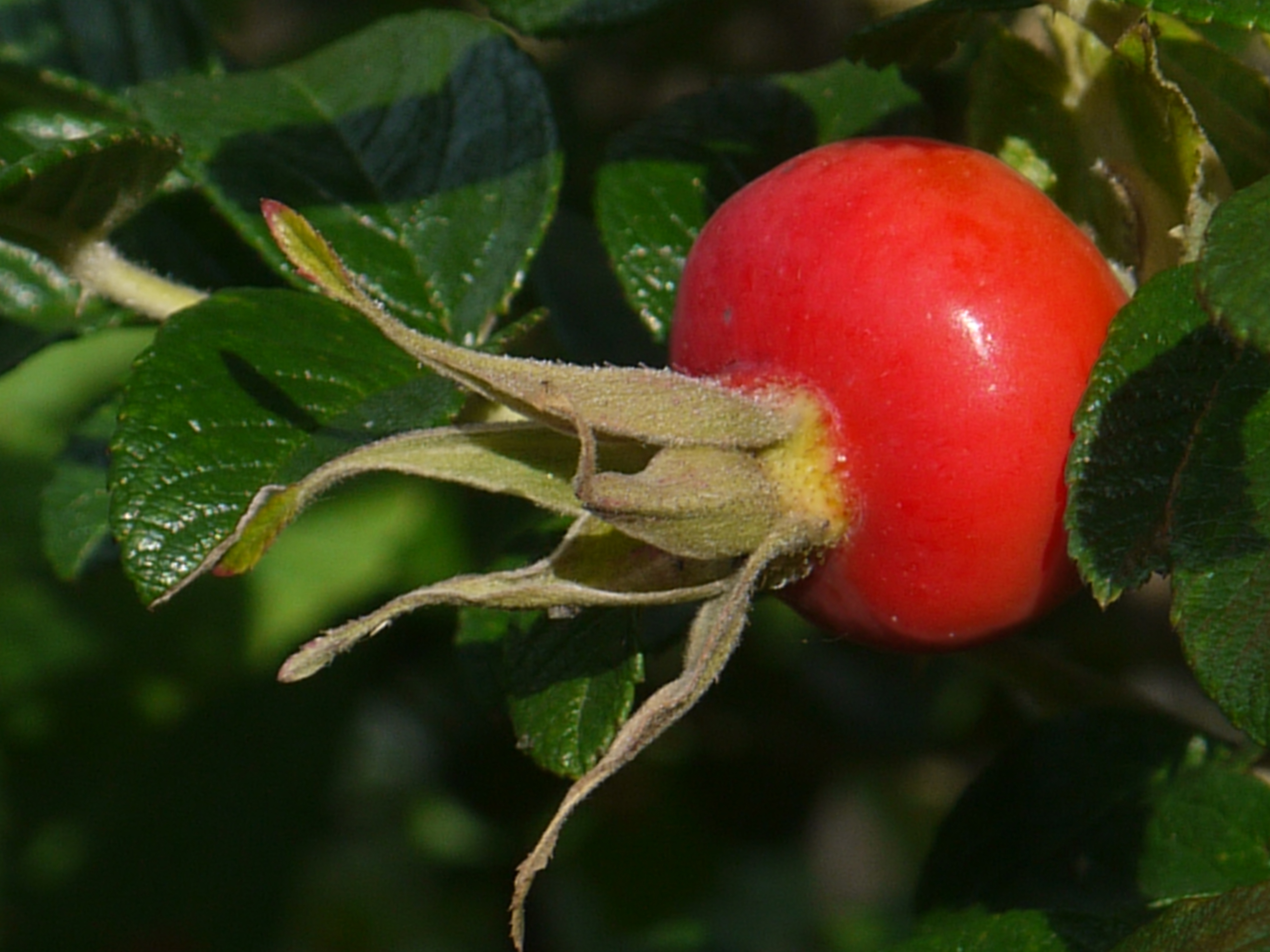