A dark, dusky Kyphi with touches of flowers, fruits and wine.  The scent-scape of a powerful woman relaxing in her ancient Egyptian garden... 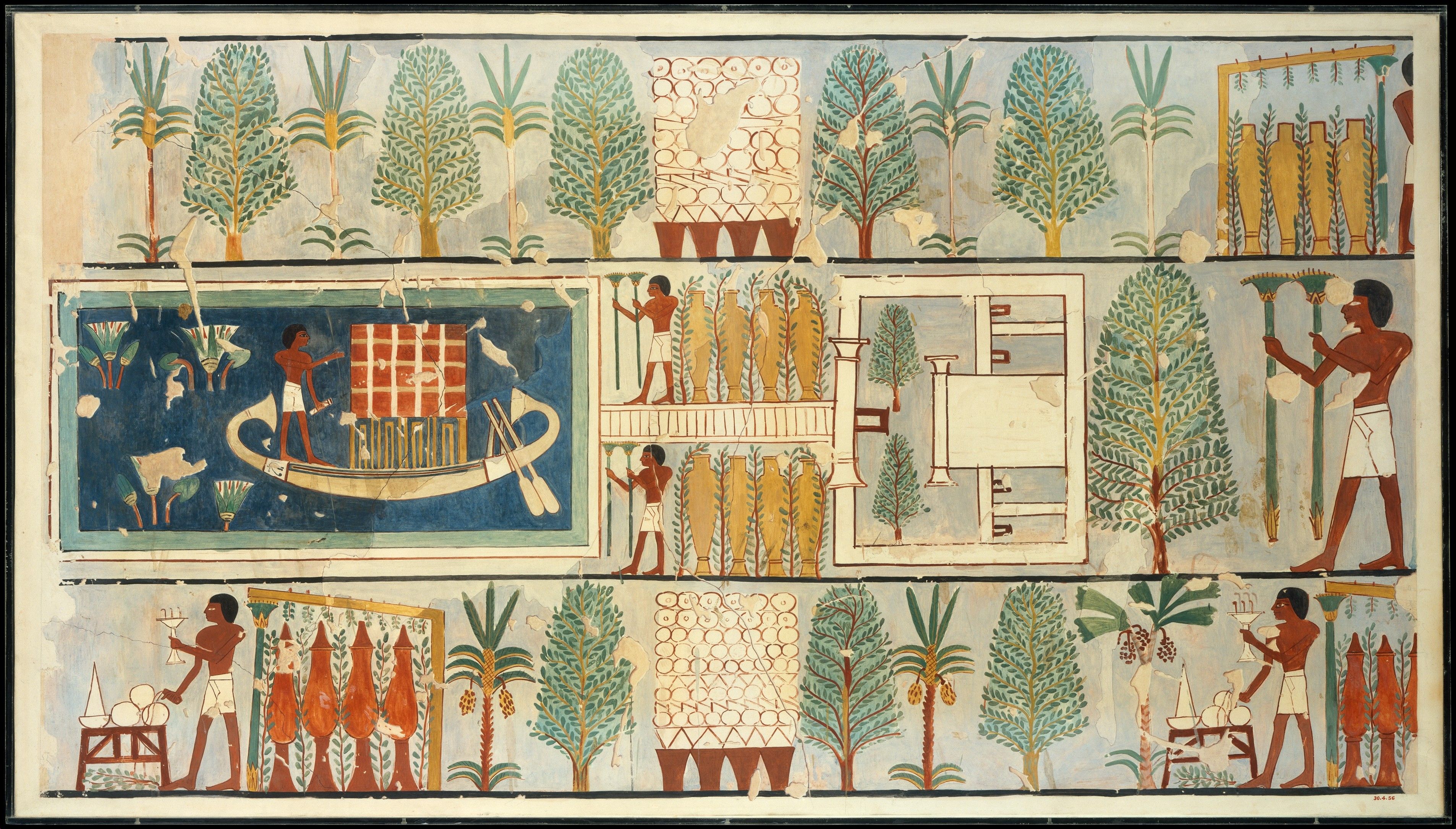 Upon her Husband’s death, at age 16, Hatshepsut became the 5th Pharoah of the 18th dynasty of Egypt (c. 1507–1458 BC).  I have always been intrigued by her obsession with Myrrh trees and her love of gardens.  It was Hatshepsut who went with the famous expedition to Punt to get plants, among them the Myrrh trees, and a host of other trade goods.  The Myrrh trees were likely Commiphora kua, as they produce the finest resin. Commiphora kua only grows on the Island of Socotra.  At that time, the Island was heavily guarded and the resin was traded only through Punt.  It is a testament to Egypt’s influence in the region that Hatshepsut even got these trees.  This expedition was such a high point in her life that she had a travelogue, engraved in stone, carved into the temple walls of her Mortuary complex which lay opposite the city of Luxor.  Her mortuary complex did not just include her tomb and temple. It was a vast masterpiece of ancient architecture with three massive terraces rising above the desert floor and into the cliffs.  The terraces housed a number of shrines and courts meant for celebrations and festivals. Hatshepsut and her Architect, Senemut, who many believe to have been her lover, filled the terraces with fruit and fragrant trees, grapevines, and flowering plants in pots, as well as, raised garden beds for herbs along with pools for lotus flowers. 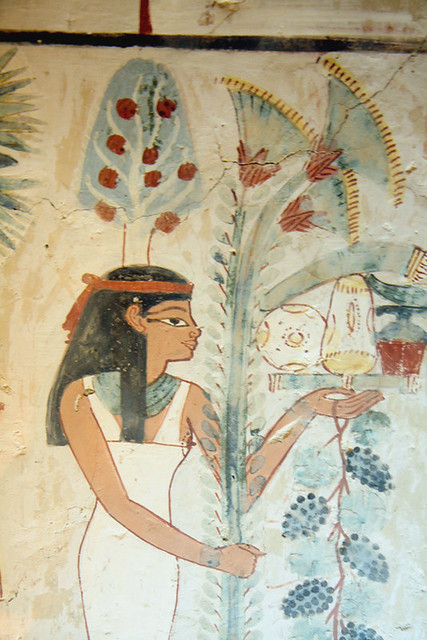 Hatshepsut was not a Queen for life, but rather the regent for her dead Husband’s son, Thutmose III.  She was in a difficult position.  Not only was she a woman who had to establish her legitimacy until Thutmose III became of age, but she had to avoid having a child while regent, in order to prevent a political struggle for the throne.  By all reports, she fully supported Thutmose III’s military education to become a strong Pharoah and never remarried.  It is in this light that her obsession with Myrrh trees becomes interesting.  Myrrh was used for incense, dissolved in wine as medicine and also importantly in ancient Egypt, embalming.  Hatshepsut would also have been aware, that when used in a pessary, myrrh oil works as an abortifacient, preventing the implantation of fertilized eggs.  It is very possible she used Myrrh in this way to resolve the problem of having a child to compete with Thutmose III’s claim to the throne.    In 2007, Hatshepsut’s mummy was positively identified.  Although she had many underlying conditions, her cause of death has been determined to be the result of an infected tooth and an extraction gone wrong.  It is not hard to believe that this sophisticated bon vivant had tooth issues. Perhaps, she used her beloved myrrh resin, dissolved in wine, to help heal her gums and alleviate pain. 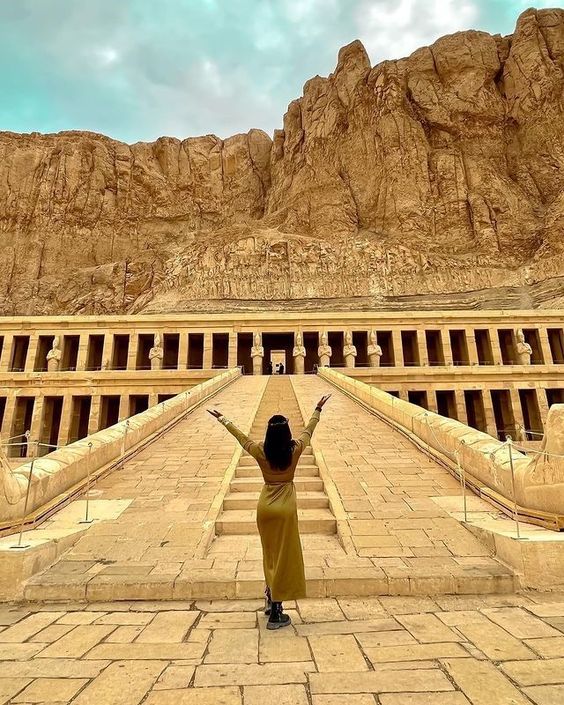 In Luxor, across the Nile River from her mortuary complex, was the Temple of Mut. There, Hatshepsut had built an interesting architectural feature called “The Porch of Drunkenness”.     Mut was a mother goddess who sometimes had male characteristics, something Hatshepsut could identify with, because she had to dress as a man in her royal duties as Pharoah.  Mut absorbed some characteristics of the goddess Sekhmet and became associated with an annual festival held at the beginning of the year, a festival of intoxication. The Egyptians danced and played music to soothe the anger of the goddess.  They drank great quantities of beer ritually to imitate the extreme drunkenness that stopped the wrath of the goddess—when Sekhmet/Mut almost destroyed humanity.  Hatshepsut seemed to have an interest in refined inebriation.  As Pharoah, she would have been one of the few women permitted to drink wine (woman were typically only allotted beer), and is depicted offering jugs of wine in her temple complex.   She built “The Porch of Drunkenness” at the height of her powers, and it is easy to imagine the sophisticated party scenes that took place there.

Hatshepsut was an extraordinary woman with a life of complexity, and undoubtedly, much stress.  I can well imagine her sitting in her gardens, lighting some incense or sitting under a blossoming tree, sipping a bit of wine, and trying to take the edge off.  I made this Kyphi as an homage to her.  Part traditional Kyphi with wine and myrrh, part her garden’s scent-scape with touches of fruits and flowers.  After all, she was a human woman who was transformed by society into a God, but only for a time.    She was a real woman, like any person, who loves plants and fragrance, trying to make her way through the world with beauty and grace. 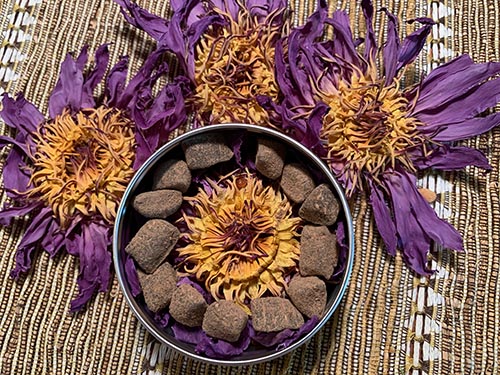 This price is for 13 Beautiful Kyphi Pellets, resting upon a whole complete Blue Lotus flower in a gold tin