An exploration of the sensuous and mysterious fragrance of Giroflée odorante; Balsamic and Floral with touches of spices 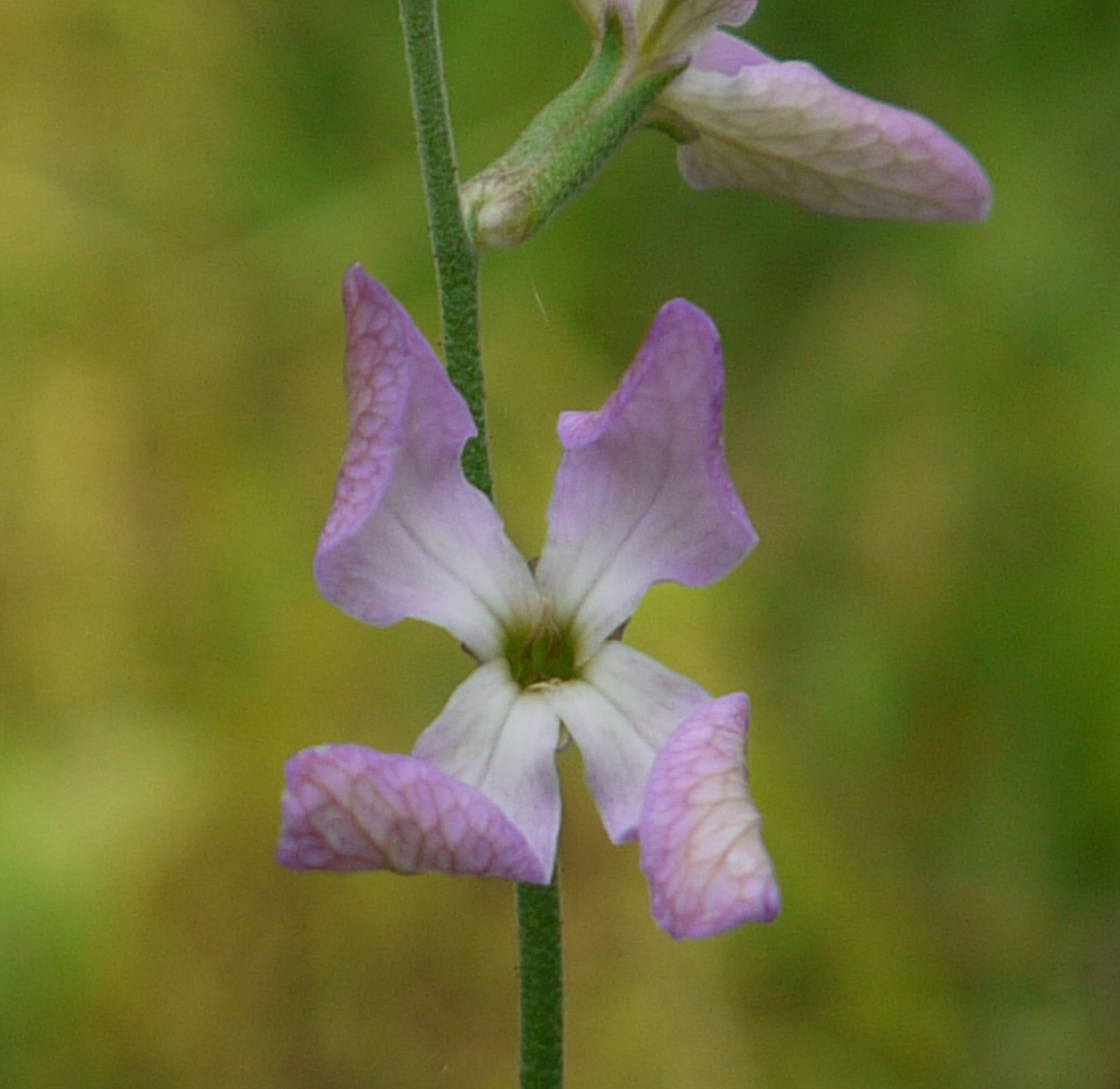 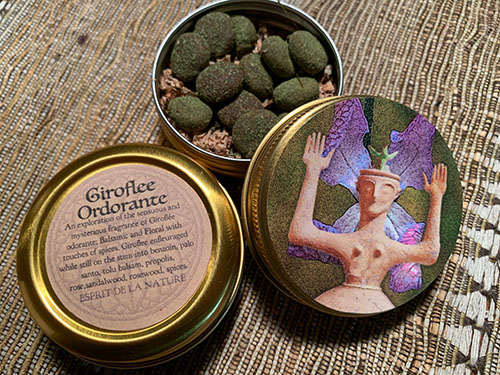 The sun is beginning to set and the air is starting to fill with the luscious and suave fragrance of Matthiola longipetala ssp bicornus, commonly known, in English, as evening scented stocks.  I find this flower’s English common name so banal, as compared to her personality, that I never think of her as “Stocks” but rather use her French name, Giroflée odorante translation: redolent sweet, clove flower.   Giroflée is pronounced Gee-row-fla.  It is also the name of another flower called Wallflower in English.  The two sister flowers have very similar scents.  In her native Anatolia, Giroflée’s name is Boynuzlu şebboy translation: horned wallflower. 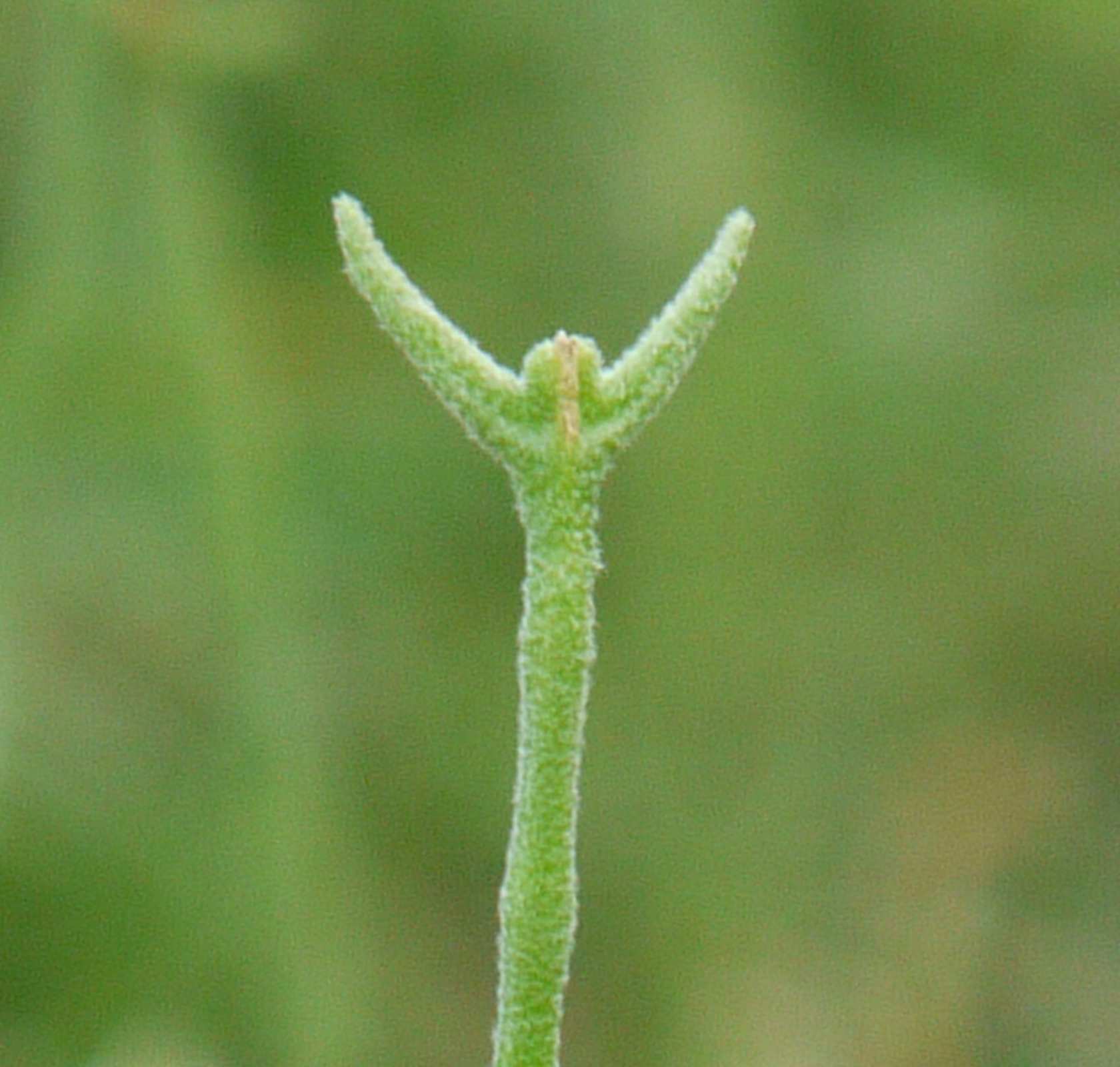 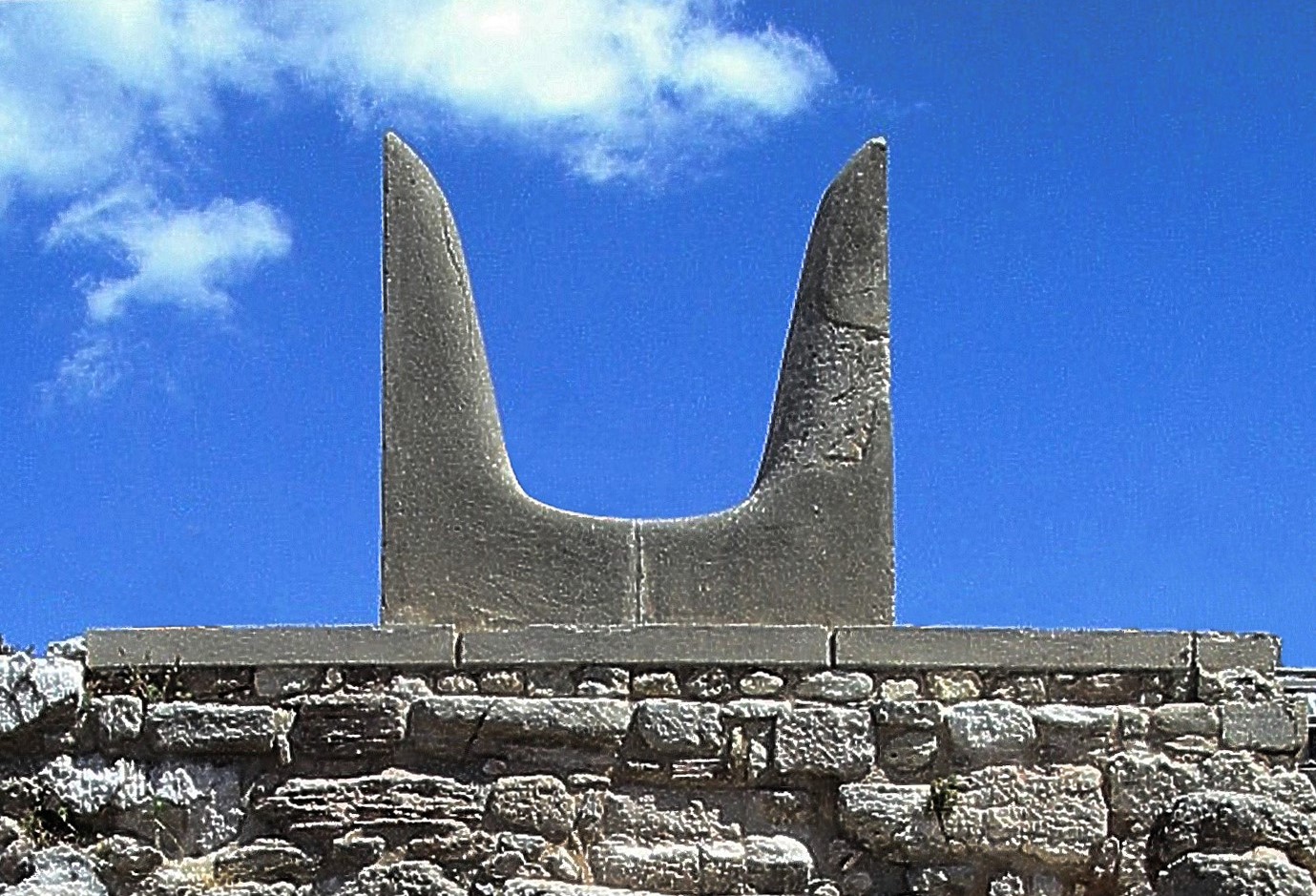 This is because her unusually seed pods are horned shaped like astrological and spiritual sighting form, the “Horns of Consecration”, of the Minoan civilization that originated with migrants from Anatolia.  Giroflée’s breath is one of my favorite floral scents; vanilla and balsamic sweet and floral with touches of almond, chocolate and clove; like living floral pastry turning the air in the evening into purple velvet.  Her flower is edible, more spicy than floral.   During the day, her flowers shrivel up on themselves and her fragrance is nonexistent.  But once the sun hangs low in the sky and the cool of the evening begins, she breathes strong and deep.  I am so enamored with this fragrance that I started from seed, more than a hundred of Giroflée plants, with no idea how I was going to capture their fragrance.  It is enough for me to have only the possibility to stand under the starlight and breath along with the flowers. 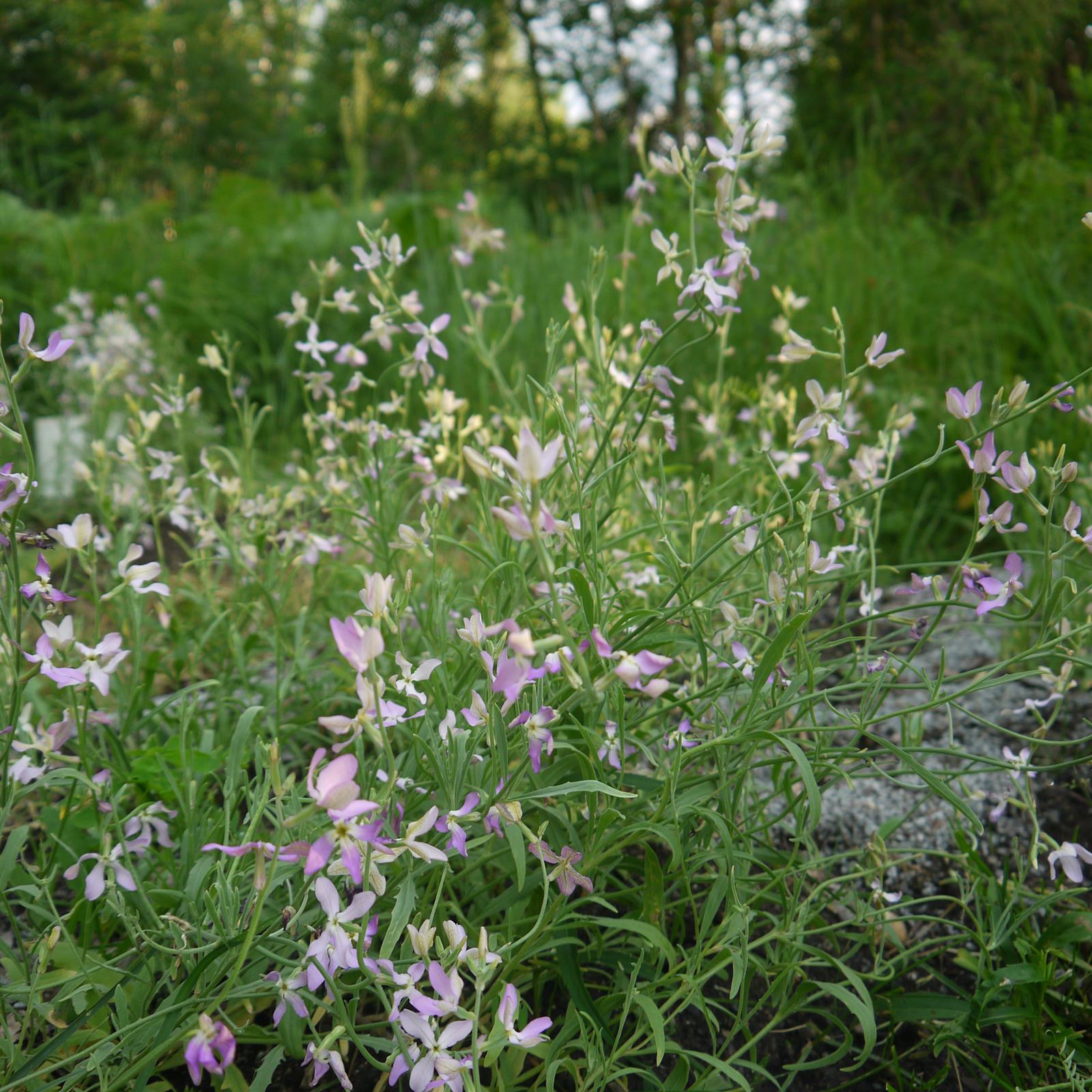 There is no commercial extraction existing of the flowers.  I have tried to capture their scent for years to no avail.  While Giroflée’s scent is prodigious, their bodies and lavender flowers are small and fragile. Like many flowers, as soon as Giroflées are picked, not only do they start to wilt but their breath starts to change.  This year about halfway into the season, meditating before them, I came up with a different strategy.  Instead of picking the flowers, I would bring the material to capture their scent to them right in the garden, just as I was doing with my nose.

I thought carefully about what resin would complement their breath.  I prepared benzoin, tolu balsam, and palo santo resins and then coated the bottom of glass jars with the powders.  Every evening I would place the long, straggly stems with the flowers still attached into the receiving jars.  The flower's breath would fill the jars and the resins absorbed the fragrance.  After a month and a half, the stems began to fade and the flowers became less and less on the stems but the resins smelled distinctly of Giroflée flowers.

Like many enfleurage materials, the fragrance of the flowers departs quickly when heated and really did not evoke my moonlit immersion in Giroflée’s purple velvet scent-scape.  So, I decided to take inspiration from the Japanese, neri-koh (kneaded incense) approach.  Using the flower-infused resins, I built a scent-scape around them using other botanicals to make a stronger and more enduring scent.

For such an intriguing flower the ethnobotanical information on Giroflée is nearly nonexistent.  She comes from a part of the world that I find particularly interesting.  Many of the fragrant flowers with which I am enraptured such as Lilies and Narcissus come from the area. Like Giroflée, they are flowers that survived at the edges of the glaciers of the Last Glacier maximum by changing their forms and digging in. Hardy survivors, these plants are still robust in my cold climate. The form of Giroflée’s seed pods is most unusual.  A long thin tube filled with seed crowned by a set of horns (bicornis). Seed pods are not passive containers. Pods play a key role in encapsulating the developing seeds and protecting them from pests and pathogens. In addition to this protective function, it has been shown that the photosynthetically active pod wall contributes to the assimilation of nutrients to fuel seed growth. Pods sense the outside environment and initiate and control the aging process which will eventually determine when the seeds shatter.  The time of shattering is extremely important in the reproductive process of the plant.  Perhaps, the horns of Giroflée sense the environment in some way: the position of the sun, the moon, and stars or another energy in the environment in order to begin the transition to another stage of development.  An extremely important function during a time of radical climate change.

Forms have power and echo through the natural environment as part of the evolutionary process.  Humans, as part of the natural environment, pick up the form's vibrations and use them ritually to create power and meaning.  It is still not known what the “Horns of Consecration” represent, whether they derive from animal horns, mountains, a silhouette of a cauldron, an ecstatic posture, something else, or all of these things as a form richly imbued with meanings.  Nevertheless, their purpose seems to have been one of sighting and transition.  The great goddess civilization of Catalhoyuk in Anatolia would have known Giroflée.  Horns are depicted at the top of images of burial towers at Catalhoyuk.

In regards to Giroflée’s role in the environment, it is interesting to note that of all the plants in the world her seeds have the highest level of gamma-linolenic acid.  In breast cancer research, it has been reported that gamma-linolenic acid, together with the drug called tamoxifen, stops the development of the tumor causing breast cancer. In addition, gamma-linolenic acid is used for attention deficit and hyperactivity in children, painful joint inflammations, ulcerative colon inflammation, diabetic diseases, osteoporosis, and inflammatory skin diseases.  So, Giroflée is a powerful healer as well as a sensual artist.  Her history and her eco-function personality are something I will be contemplating the next time I meet her under the stars.  Perhaps, she will whisper something in my ear.

This price is for 12-14 Neriko pellets in a gold tin, nested in Lilac flowers