This highly vibrational and very fragrant incense is based around the scent of Salvia Dominica and other mood-altering plants of the Holy Lands of the Middle east.  The smell of Salvia dominica is an intensely, rich "amber" smell that hold on the leaves long, long after they have been dried.  During the summer, when I have the plants growing outside if the wind is blowing, I can smell their fragrant breath from 1000 feet away.  Their fragrance is nothing short of ecstatic, no one is immune from it. All the plants used in this incense commonly grow in the Holy Lands, often close together.

The lands of the Middle East have long been held as "sacred" or "holy".  While I hold that all land is sacred, there really does seem something extraordinary about this area considering its history of religious claims.  What is it in the environment that has caused so many visions of glory?

I believe we were birthed out of the breath of the plant spirits.  That a pulse went through the great Earth system and blooded life was created for some reason. Human blood has the same structure as chlorophyll the only difference is that hemoglobin is built around iron (Fe) whereas chlorophyll is built around magnesium (Mg).  I have no idea if we were created to move plants around, as physical bodies to house spirits but our deep connection to the plant world is obvious.  Perhaps it is the breath of the plants in this area that first created the seeds of glory in the Holy Lands.

An extraordinary history of fragrance use has always been linked with the sacred in this area of the world.

The ancient Egyptians actually inscribed, in stone, their incense recipes on the walls of the pyramids.  It is for that reason we still know of Kyphi incense. The Nabateans were an Arab people who inhabited Northern Arabia and the Southern Levant.  They manufactured medical and ceremonial products at a secret facility at Siq Al Bared in Beidha just outside the ancient trading center of Petra.  Their products were reknown and brought them great wealth as they spread through the trade routes in the ancient world.  King Solomon of the Jews employed Hiram of Tyre to build the temple to offer “fragrant incense” (II Chronicles 2.1) and sometimes the clouds of smoke that were the “glory of the Lord” were so thick that the priests could not enter the Temple (II Chronicles 7). To this day families in the Middle east have their own secret recipes for incense and perfume that they use in worship and in everyday life.  Both sexes still gather flowers and scented leaves and adorn themselves with plants. A friend of mine from the area once told me that every family has their scent that you could smell in the area around the house.  That you could recognize what family a person was from by the scent of their clothes.

A Sufi holy man was asked what forgiveness is.

"It is the fragrance that flowers give when they are crushed" 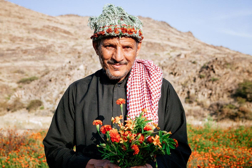 Salvia dominica leaves:  S. dominica is found throughout the eastern Mediterranean, especially Jordan, Israel, Lebanon, and Syria.  One of its Arabic names, Maru,  means "Quartz".  Quartz could refer to her pale white flowers or the stony ground where she grows best but I prefer it to be an indication of the extremely high vibration that this plant has.

There are many people who believe the form and fragrance of S. dominica was the inspiration for the seven-armed, sacred candelabra of the Hebrew Temple and the nine armed Menorah of Hanukkah.  The Hanukkah menorah has nine arms because the seven-armed, temple menorah was too sacred to copy.   It is written in the Bible, in Exodus that God himself appointed the genius artisan, Bezalel, to fashion the menorah, build the portable sanctuary called the "Tabernacle" and the box to hold the sacred objects called the "Ark of the Covenant".  It is interesting to note that Bezalel was also in charge of incense, holy oils and clothes too.  The text describing the sacred candelabra, hammered out of a single piece of gold,  reads like a description of a living plant.

"It's stem and branches were of hammered work, its calyxes, buds, and flowers were six branches stemming from its sides: three from one side, three from the other"

The sacred temple menorah is today, the symbol of Israel.  Originally, it was a symbol of universal enlightenment and divine light spreading throughout the world. 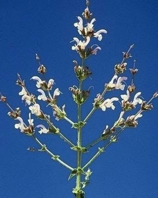 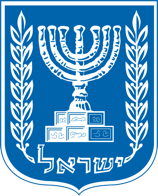 Acacia spp (root bark):  From the jungles of South America to the deserts of Australia and the Middle East, wherever Acacia trees and Mimosa trees (its closely related sister tree) grow there are myths and stories woven around them.  This is because these trees contain the highest, naturally occurring amounts of the substance called DMT (N-N-Dimethyltryptamine)  often called the spirit molecule.  DMT is in every living thing in varying quantities.  Our bodies are flooded with DMT during the passages before birth and death.  DMT is the primary active substance in the South American, ayahuasca brew of the Banisteriopsis caapi vine and the Psychotria viridis vine.  DMT is released when a plant containing DMT is paired with a plant containing an alkaloid that acts as a key to unlock it and make it bioavailable to animals.

The Egyptian God Osiris was known as "The that dwelleth in the Acacia Tree".  After Osiris was torn apart by his brother and rival god Seth, Osiris' wife, the Goddess Isis, buried 13 of the 14 pieces she was able to find.  The 14th piece, his phallus, had been eaten by a fish and Isis replaced the missing part with a solid gold one.  Acacia trees growing around Osiris' grave absorbed his spirit and flourished.  The Hebrews brought the practice of planting acacia trees with them to Palestine and made it a tradition to plant an acacia at the head of a loved ones grave.  The ancient Egyptians extracted the "Blood of Osiris" from the bark of the acacia trees and used it in their return of the Nile Flood rituals. 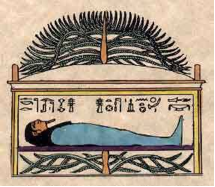 The acacia tree was held sacred by the ancient Hebrews.  It was used to build the ark of the covenant and thereafter it was forbidden to use the wood for any secular purpose such as furniture, boxes or firewood.  There is a theory that the burning bush of Moses was an Acacia tree that had some Syrian Rue growing nearby which unlocked the DMT in the tree and caused Moses to have visions of his God.

The Acacia tree was also sacred to the pre-Islamic Arabs.  The Goddess Al-Uzza, "The Most Mighty" was the youngest in the indigenous, Mother/Goddess triad.  Legend had it that her spirit lived in Acacia trees.  She had three acacia trees as her symbol.  According to the book of idols, a worshipper built an enclosure over her acacia groves and people would go there to receive a prophecy from her oracles. 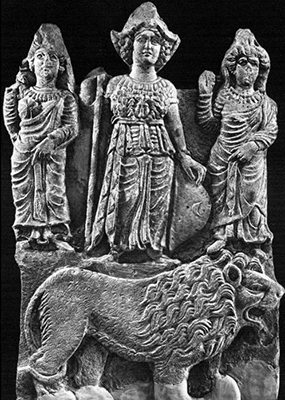 Syrian Rue (Peganum harmala) seeds:  Harmala is the MAOI inhibitor that is the key that opens the bio-availability of the DMT containing acacia bark.  Apart from that, Harmala has a long and sacred history on her own.  The extensive use of Harmala as medicine, entheogen, dye and incense is well documented in a vast array of cultures and its use is continued in many Arabian countries for hedonistic purposes as well as burned, alone or in combination with frankincense, to keep away the evil spirits and bad energy.  The ancient Egyptians associated Harmala with the God Bes.  As a protector of dreams Bes carried out important oracle functions.  Rooms called "rooms of Bes" were used as places of healing through dreams.  Zoroastrianism is one of the oldest religions in historical times.  Harmala is mentioned in the sacred texts and is still used in their rituals today to produce dense, intoxicating smoke.

"The wild rue (harmala) does not grow a tree, or a leaf, or a fruit, but that it has an angel in charge of it until it reaches the one who comes to it, or until it becomes debris.  In its root and branches is a secret, and in its seed is healing from seventy-two illnesses.  So treat yourself with it and frankincense." 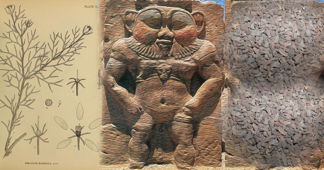 Kua Myrrh (Commiphora kua) resin:    Myrrh Tree resin has an ancient history as a sacred and healing ingredient.  Myrrh is associated with opening the third eye and the pathway to God.  Myrrh was the most important ingredient in the consecrated incense called "Ketoret" of the Temples in Jerusalem and as an ingredient in the holy anointing oil.

The Egyptians had a very intense relationship with Myrrh. One of the things myrrh can be used for is to help prevent pregnancy, which is fascinating since so many powerful Egyptian women have been interested in Myrrh.  The Pharaoh Queen Hatshepsut made a famous journey to get Myrrh trees for her garden and  Cleopatra had a renowned myrrh based perfume. The Egyptians also used Myrrh in embalming.  Egyptians ate myrrh if they knew that they were dying in order that the fragrance would exude from their pores.  The historian Herodotus wrote:

"They fill the cavity with the purest bruised myrrh, with cassia, and every other sort of spice except frankincense, and sew up the opening."

Mimosa (Acacia decurrens) flower wax:  As mentioned above, the bark of the acacia has powerful properties but it is only one of the reasons that, still to this day, Bedouins stop by the acacia trees and sing its praises. Acacias are often the only trees producing flowers and greenery during the summer sustaining and sheltering insects, animals and people. The acacia's extremely fragrant flowers are a delight to breathe in while sitting in the tree's shade on a blistering day.  The camels love to eat the flowers.  The delicately sweet and lingering scent of the flowers is uplifting and calming and relieves stress and nervous exhaustion. 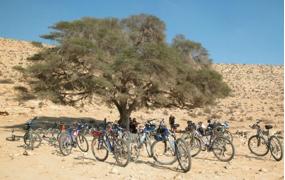 12 pellets packed in black frankincense in a metal tin