Ancient. Enigmatic. Captivating. It all begins with herbs, spices, raisins, and wine-like many traditional kyphi formulas. However, the Edfu Temple wall carvings detail a manufacture quite different from what is dictated by traditional histories! The compounding of the 2,000-year-old kyphi recipe is meticulously measured, weighed, sifted, macerated, stirred, and cooked over a period of days. But unlike traditional kyphi recipes that produce scented fruit paste (such as those of Galen, Discorides, Plutarch, Loret;) the Edfu hieroglyphs enumerate a complex process that culminates in a purified, refined incense that is mostly resin.

The secrets of ritual purification cannot be understated in the matters of Egyptian temple function, and kyphi’s purification process has been obscured through time and translation. Temple workers and priests were proficient in their arts, and those working in the sacred laboratories were expected to know the trade secrets. The Edfu hieroglyphs provide exact measurement, math, and method. Modern academic sources provide insight into ingredients, and with a bit of “resurrection magic” an experienced herbalist/incense maker can put it all together...with A LOT of stirring!!

The incense pellets produce a unique scent of frankincense and myrrh, pine mixed with complex undertones of the herbs and spices sweetened by raisins and wine. This blend also mitigates many scorching issues associated with fruit-paste-style kyphi. Manufacture of this batch began before the North American June 14 eclipse and was completed shortly after June 21 Summer Solstice. 10 pellets per package (one for each day of the Egyptian week) about ½ ounce total.

This price is for ten, 1.5-gram pellets in a black metal case, nested in raw Sacra and Carterii  Frankincense tears 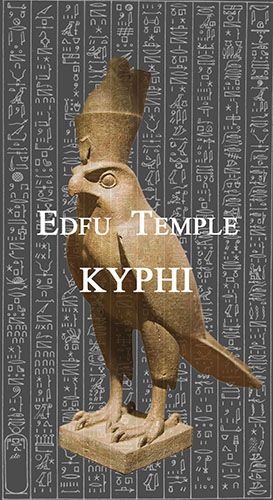 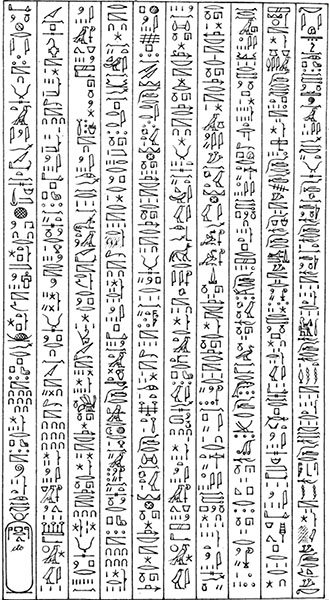 Notify me if you get another one
$21.00
OUT OF STOCK
Notify me when it's back in stock